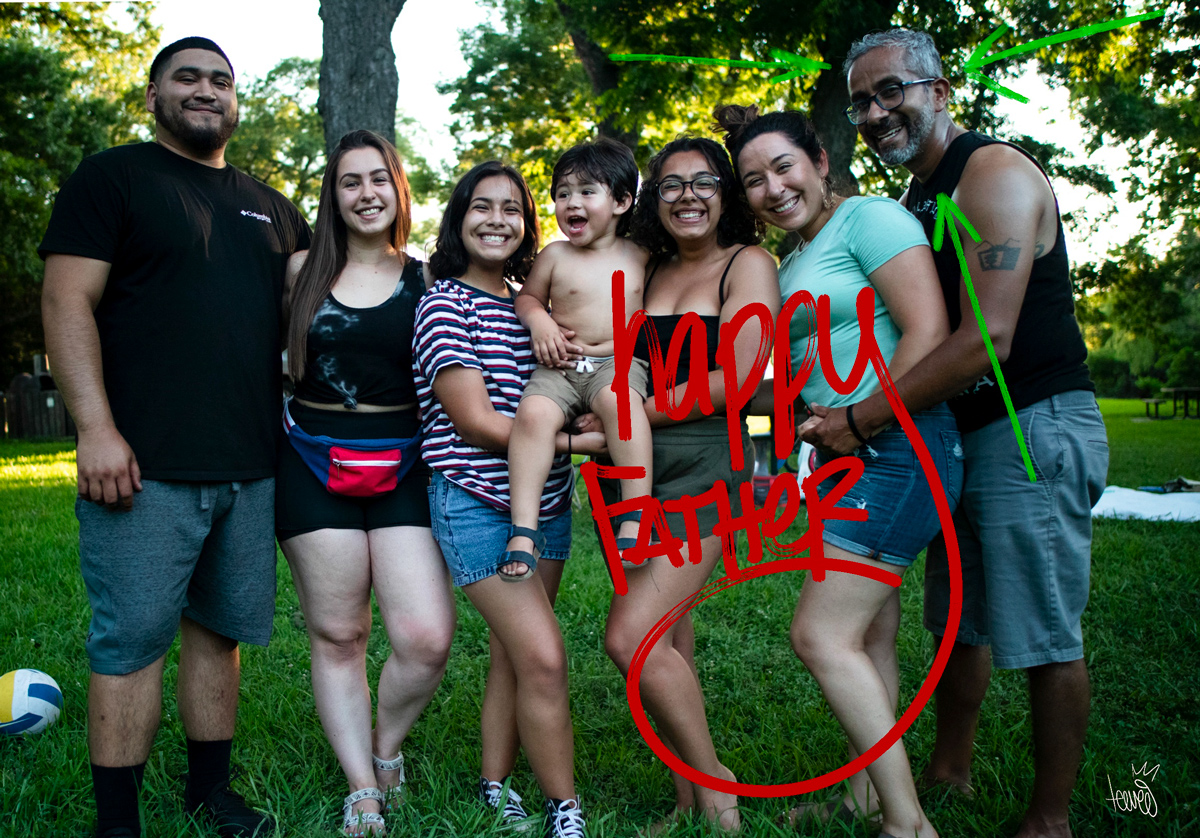 Many people don’t know that I was once a father of 4 human beings. Fe and Anastacia’s big brother and sister were my first venture into fatherhood. I was their stepfather.
I loved them to pieces and tried to do the best I could despite being clueless. However, after the divorce, I hardly saw them, and we spoke very little.
Being a father can be hard. Being a stepfather can be harder. Being an ex-stepfather can be the hardest. But I’m built for this.
Despite the failure of the marriage, I hoped they would remember that I’ve always loved them and tried to be a positive influence in their lives, even after divorce.
They’ve grown to be marvelous human beings and started their own families. Both have given me the privilege of being allowed to be a part of their lives.
My oldest daughter took a step further by asking me to be her son’s godfather. Of course, I accepted after I stopped crying in disbelief.
Me?!?!?
Her family joined us for our Father’s Day celebration at the park this year. We ate, we laughed, we screamed, we played. We had so much fun that it hurt. It was my Happy Father Day.
To top it off, my godson is now talking and called me Padrino(Godfather). Damn, that rocked me.
Seeing everyone laughing and having fun, filled my heart with joy. This moment only took 15 years to become a reality. I did my best to take it all in.
This was the best day of my life.
FacebookTwitter