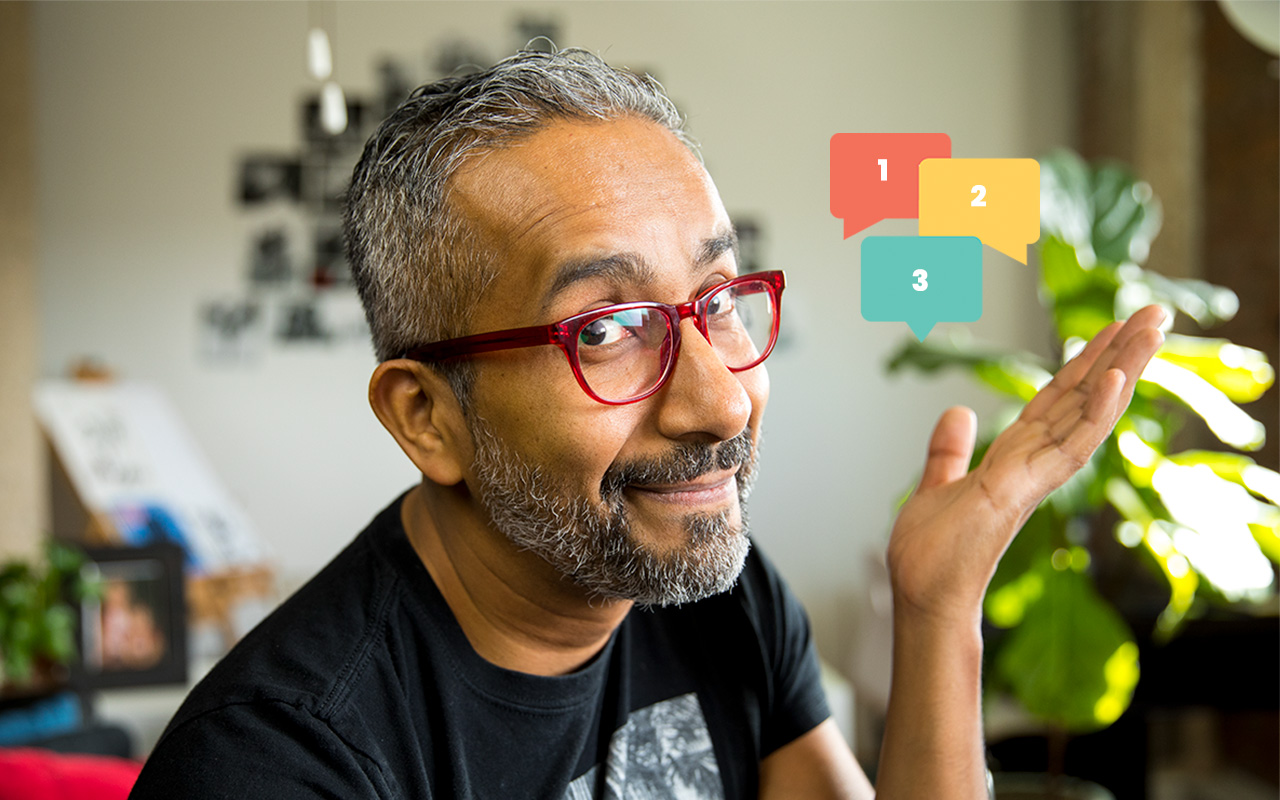 You always have a choice in any given moment or conversation. We know this intellectually, but we tend to reply with our first instinctive thought.

Studying improv taught me the value of taking time to find a new choice, a better choice.

Del Close, the forefather of modern improv, insisted that there was gold in finding your “third thought.” He believed that your first thought is usually intuitive and trash. Your second is a slight bit better. Your third thought is where genius is found.

I started to play with this idea in real-world conversations. I noticed my first thought would typically be mundane and expected. But something magical happened when I took a couple of beats.

My conversations started to become more fun, engaging and fulfilling. I would make it a point not to try to be funny, just different.

Most of our conversations follow a usual boring pattern. We have them every day. Saying something slightly unexpected breaks that monotony and creates a sense of surprise. Now you have your audience’s attention.

But it can be uncomfortable and damn near painful. Those few seconds seem like an eternity. Training yourself to not always pop off with your immediate first thought is a new way of operating. It’s almost like you’re updating your operating system; because you are.

Allowing our minds to arrive at our third thought can be especially useful in challenging conversations.

Changing the words that come out of our mouths, the other person will react differently, and then the engagement will take a whole different direction. Even if you’re telling them to go to hell, you can do it in the most marvelous way.

Stop being boring, take your time, and make a new choice.