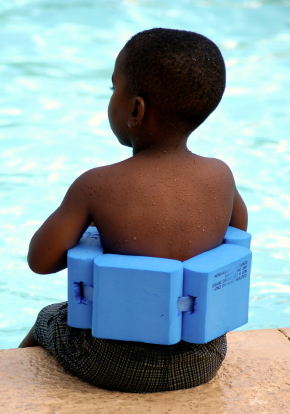 I have a strong belief that I can learn almost anything. It is rare when I come across something I like and not believe I can master that given skill.

My friends have always said I was a gifted artist and naturally talented. Recently I realized that the truth is that I became addicted to wanting to be an artist when I was a little boy. I still remember Terrell Hamilton (I need to look him up and thank him) in Mrs. Webb’s class drawing ninjas and super heroes.

I decided in that moment that moment that I wanted to be an artist. Little did I know that would lead to many years later. I find it amusing to hear people assume that I come from a long line of artists. I have done some very in-depth research and have found zero.

Although I believe all my family could be artists if they allowed themselves that honor. (mental note to self: fleshes out that idea in a future post)

Learning to draw is the first memory I have of my addictive personality taking over and being determined in mastering that skill. I don’t do near as much of my art as I did in the past, but that experience laid the foundation for many other adventures and allowed my creativity to see the light of day.

Because I believed that I can do anything I would put myself in situations to fail or get hurt.

There was that experiment playing football with the neighborhood kids. My little skinny butt was pretty good and learned how to take a hit.  If you throw a ball in my vicinity, I am likely to come down with it.

Unfortunately, my body is not made to take the impact of being slammed to the floor. I broke my left clavicle after one of those incidents…. my father was not a happy man driving me to the hospital.

Throughout the years I would continue to find new things I wanted to learn and master. Some went well, others were a little more challenging. I learned that being a computer programmer and writing code is not something that I see in my future after brief stint at learning C+ and java.

However, life has a beautiful way of working out. Almost all of my failed attempts now serve me. And the truth is that I never truly failed, but rather learned enough about so many things that I built a foundation of skill sets that serve me in my day-to-day work now.

My partner and I built a respectable company from the ground up. Because of some of my experience and skills we were able to build most of the site without spending much. I handled the more technical aspects, while he handled the creation of the product.

Those were all skills I worked on the last 7 years. Not a day goes by that I do not use something from that list in my work. The backend payoff is that learning those skills (even minimally) has also given me the confidence in knowing I can learn ANYTHING if I have time to mess it all up and fix it again. 🙂

And because of my confidence in myself I have taken some risks in my career. I made a major career move about 3 years ago and joined the Training Department for the company I worked for. A lot of faith was placed in me by giving me the job and my goal was to not let them down.

In my time as a “Training Specialist” I found my ultimate passion in life. Public Speaking. Coaching. Teaching. Training. I had confidence I could talk, but would people listen to me?

Would my quirky personality be able to deliver my message or training? Could I keep people involved in the class? How could I speak to people that were once my bosses and “train” them?

I did it and I was told I did it pretty good too.

Next challenge? Well, I am living my biggest challenge in my life now. I work from home as a graphic designer and internet marketer. It has been a little difficult at time, yet also rewarding. Being that I work from home I now have the flexibility to do things that I would have had trouble doing in the past. No excuses any more…

I have decided to make my online friends my Accountability Partners. Even if you never email me to remind me to go to my dancing classes, I feel an obligation to not let you down. Yes, you too (pointing finger at you)

So here is the group of skills/lessons I want to develop and eventually master.