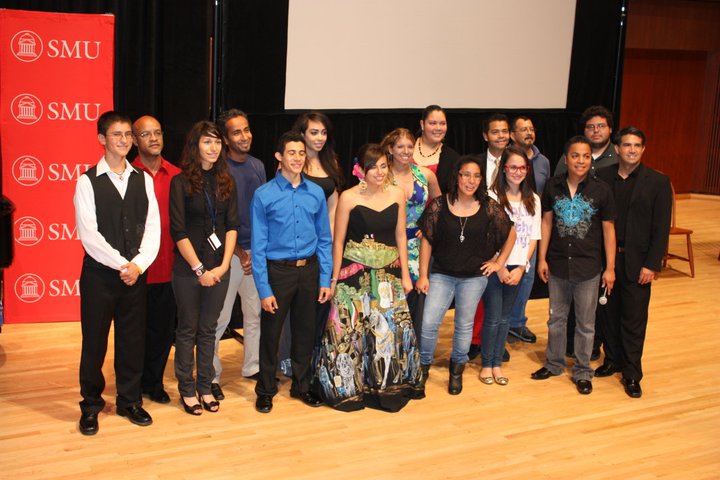 In the past several years I have been working hard to get to the point to be able to give back to my community.

I have worked and hustled to meet people in the community that could show me what needs to be done.

One of my big questions had been just exactly could I contribute. What do I have to offer? At this point it isn’t money. At least not yet. (I have a dream to have a Teevee Scholarship… more on that in the future)

I have mentored and contributed my time in the community with a couple of young men in Oak Cliff with LULAC which I have written about in the past.

Through that I was asked to meet with a young man that needed some web help named Raul Magdaleno. At the time I had no idea who he was but was told he was a passionate man with a big dream.

I went on to help and since then identified several things.

One of these things is that what I do for a living is a great way to help my community and help non-profit groups that need more exposure. This may be through web design or SEO work to get them in front of more people.

With Raul Magdaleno I was able to help him in a campaign to help him win MillerCoors Lider of the Year. I was part of an awesome committee that helped him win the title and a good money prize. This money he immediately donated to Parent’s Step Ahead in Dallas.

I was then asked to help in another endeavor to help him win One Man Dallas competition. Unfortunately, my role was very very small, but he won this as well. The man is simply amazing and inspirational.

This past weekend he held an event in which I was asked to be a judge for the Hispanic College Fund at SMU Meadows Building. It was a 4-day event where high school kids come together with other high schoolers and are mentored and walked through a ton of activities that allow them to bond and see a glimpse of the future.

My role was on day 3 where a talent show was held. Talent was obvious. It was a shame that they could not all win the scholarship. They were all winners. This led me to a conclusion.

The future may seem very dim. The next generation gets hammered a lot. But I am here to tell you that the future is bright. These young men and women are amazing and breathtaking.

We need to shut up and recognize that they will not BE US! Thank goodness I say. They have another mind set that will be critical to fix the mess me are handing them. They will need all their creativity and flexibility to make sense of it all.

Thank you Raul Magdaleno and the Hispanic College Fund for allowing me the opportunity to see this in first person. Thank you to the kids that made me feel at home.