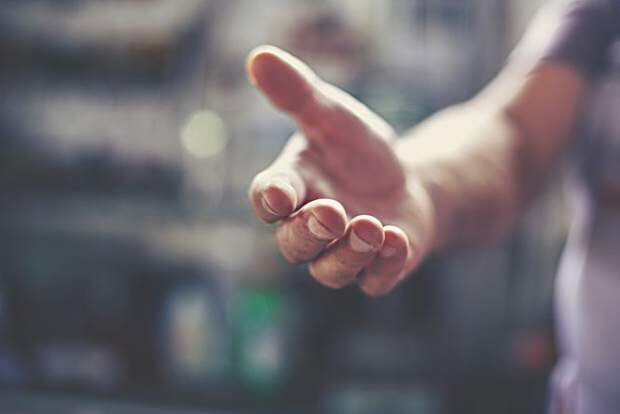 He looked nervous and struggled to answer the question, so I asked again.

“Have you ever been convicted of a felony or a crime?”

This was one of my first interviews as a newly promoted assistant manager in 2001. The conversation was going smoothly up until that point.

He was rough around the edges, but he had a dynamic personality that would be great with my customers.

He cleared his throat, took a deep breath, and said: “Yes, I have.”

“When I was 13, I was running with a group of friends, and we got into a fight. We all got picked up and thrown in jail.”

Damnit. This was a “knockout question.”

Our company did not want to take any risk by giving people a “second chance .” He was trying to build a life and do the right thing after making a mistake as a kid.

So I told him to answer that question as a NO.

“I might get fired over this. But screw it. You have to give me your word that you will be my best employee, show up on time, do anything I ask, and give my customers the best service possible. Understood?”

I gave him the job. He was terrific with my customers, was highly coachable, and kept his word.

Six months later, I had to fire him.

Our last conversation was emotional, but he was grateful. I told him that now he can go to the following interview and show some job history. I told him to make sure to add me as a reference.

I lost track of Miguel. This was in a time before social media. He was a good kid; this was abundantly obvious in our interview. Miguel just needed a second chance, and I was glad to be able to give it to him.

Luckily I didn’t get fired. I was worried, but they must have just chalked it up to him lying on the application.