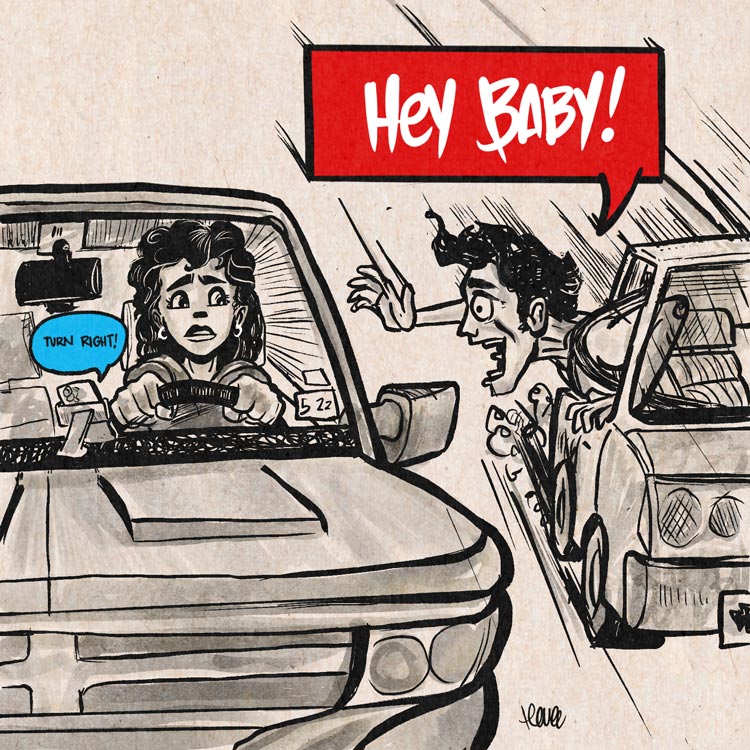 I’m witnessing my big girl get “hit on” for the first time in real-time.

We had arrived at the restaurant to eat dinner hours earlier. While we’re patiently waiting in the car, I see another car park beside us slowly.

As the car was easing into the parking spot, I see a young man in the back seat gazing directly into my car, staring at my girls.

He eventually looks up and sees me seeing him. We make eye contact, and I make sure not to break.

We have a short conversation with our eyes. I ask him, “Are we going to have a problem?”

He grins and acknowledges me by pointing and saying: “We’re good.”

Later, we jump back in the car after eating our underwhelming dinner. The car next to us is leaving at the same time. “We’re good” bro looks slightly drunk and almost breaks his neck when he recognizes my daughter.

He jumps out of the car and screams: HEY BABY! HEY BABY!

I was standing by the car watching it all play out again. The driver and I had already had made eye contact.

As this mofo is about to make his full pitch to my baby, the driver grabs his buddy and tells him to chill out.

Bro looks up, makes eye contact, and I ask him again: ARE WE COOL?

He simmers down, reluctantly jumps back in the car, and they pull out.

I hear a huge sigh of relief in the car as I sit down and buckle up. All my girls don’t understand what just transpired, and my oldest is in a state of shock.

“Baby, you were about to get hit on by a drunk bro with some lame-ass game. This is just the beginning.”