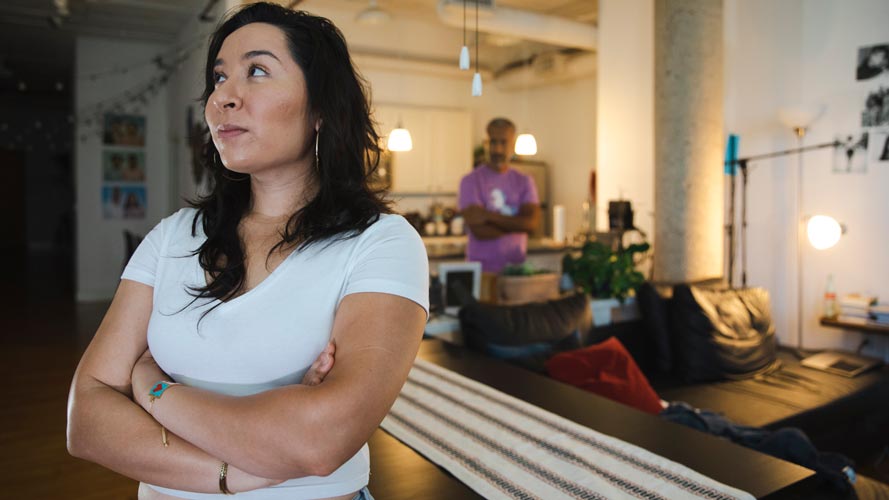 I was furious at my girlfriend.

Never have I ever been this mad at her. I screamed. She screamed. Our egos refused to back down. Fight me.

I was working on a project for her birthday. Some issues came up, but I felt confident I would find a solution. She said a few things that got under my skin, and then I lost my mind and turned into a jerk.

“Stay over there. I don’t need your help.”

She obliged but made sure to make some snarky remarks. I deserved them.

After getting some food later, we were able to talk through it and apologize for being jerks. We dusted ourselves off and gave each other a big “Reset Hug”.

Later that night, my daughters came home for the weekend.

While catching up at the dinner table,

I shared the highlight of our day- or lowlight.

They were shocked, although I’m sure it was apparent from our energy. We were still shaking off the residue.

As a general rule, I try to be honest with my girls about life as an adult. I don’t want to pretend that my girlfriend and I don’t argue. It occurred to me that it would benefit them to hear how we handled it. Plus- I’m not ashamed of being human.

Then the neatest thing happened.

It opened up a conversation on how they argued and fought with their partners. They shared stories about some of their big arguments and how they worked them out. We compared notes. I especially loved how they admitted that, at times, they were jerks too.

We all laughed and learned from our shared experiences.

By Teevee Aguirre 5 months ago