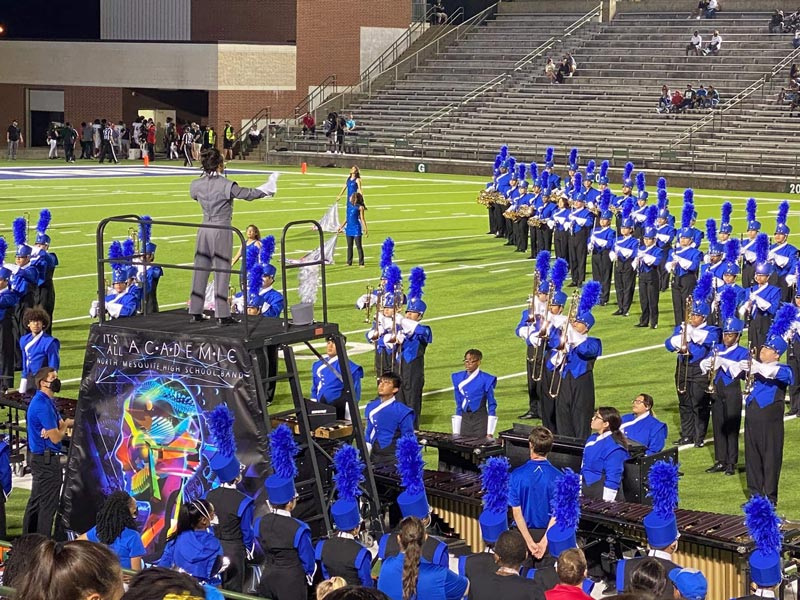 I was trying to leave without embarrassing my daughter.

My girlfriend tried to stop me.

She was insisting to turn around to congratulate and hug my baby girl. She and her team had just wrapped up a band competition and were hanging out waiting for their bus.

“No. I don’t want to embarrass her. She’s with her people.”

“Fine. But she loves my hugs.”

As we get to the car, I look in her direction and see a crazy kid waving and hugging herself. Wait! That’s my crazy kid. She motioned me to come back. So I walked back fast. Really fast.

I embraced her in a big bear hug and spun her around like I did when she was a baby.

It was a fantastic feeling.

I congratulated her on her team’s performance. It was one of the most extraordinary things I’ve ever seen. They had to perform a piece that they had never played before. Within 15 minutes of receiving the music, the entire band had to play it as if they had played it for years. It was breathtaking.

I apologized for leaving, and I didn’t want to steal her attention or embarrass her.

“Embarrass me? They’re all your fans. They all love you.”

It turns out that many of her friends know me well and follow my work.

One young man came over to introduce himself formally. We had a warm introduction before, but we finally shook hands and met face to face. I was in awe of it all.

I walked away, shaking my head in disbelief. My kid isn’t ashamed of me. She wanted me there and wanted to let her friends meet me.

Today was a good day for this dad.

By Teevee Aguirre 8 months ago